Care providers are calling for urgent Government action to tackle a growing crisis in social care after the release of shock care home insolvency figures.

Today accountants Moore Stephen have revealed a leap in care home businesses entering insolvency of 83 per cent – from 81 in 2016-17 to 148 businesses in 2017-18. Moore Stephens says cuts in local authority funding are a significant cause.

The Independent Care Group said the figures were evidence of the growing crisis in social care. Chair Mike Padgham said: “These figures come as no surprise, we have been warning for years that the £6bn cut from social care would eventually see more and more care homes closing – and here we have the evidence.

“However, the statistics only tell half the story. For every home closure there are older and vulnerable people either forced to find somewhere else to live or unable to have a place because the number of homes is on the decline.”

The Care Group believes the closures affect some 1.2m people, who cannot get the care they need. Mr Padgham says: “The Government has to act on the crisis in social care. It is shortsighted not to support social care. A hospital bed costs far more than a care bed – so investment in social care saves the NHS money.”

● Latest estimates from the Care Quality Commission show that since 2013, the net number of care homes has fallen by 1,239 – 3,283 homes having left the market and only 2,044 having entered it.

Posted by: Care Home Management
What does a good death look like?
‘Green’ homes award launched 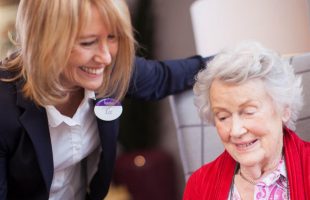