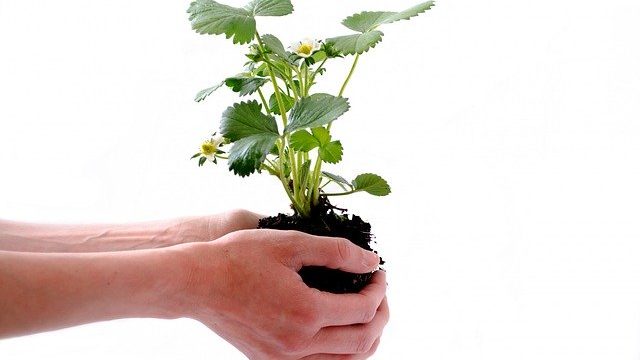 With minimal fee increases and rising costs, making sure a care home is eco-friendly is often not at the top of providers’ to-do list. But some operators are grasping the nettle and attempting to make their care homes as green as possible, says social care writer Eleanore Robinson.

Dormy Care’s four sites have all received a green makeover to ensure they are environmentally friendly. By looking at how they were spending money and what changes could be made, they decided to reduce their use of plastic, recycle and compost waste, use a low temperature laundry system and swap normal lightbulbs for LED versions.

The provider has tried to reduce its carbon footprint by sourcing all its supplies, including food, locally. In addition, it only uses suppliers who are socially responsible, for example, those who donate leftovers to food banks, and who minimise plastic packaging. CEO Helen Davies-Parsons said this also helped promote the business to potential residents in the area.

Minimising environmental damage and the company’s carbon footprint is something Davies-Parsons is passionate about. She explained: “Recycling is something that is very important to me. “It is a culture thing. If we embrace it from the management down, everyone takes it on.”

Arguably the biggest change it has made is installing an Ozone water cleaning system, which cleans without chemicals. It removes all bacteria without being harmful to staff and residents. Dormy Care now uses 80 per cent fewer chemicals than the average care home, she says, which has also helped to cut down on waste of plastic bottles that contain cleaning products.

“We were the first care home to have implemented it”, added sales and marketing director Wendy Westbury. “The housekeeping team love it as it is not risking their skin.” By using the system, Dormy Care says it has reduced spend on chemicals by 75 per cent.

Westbury admitted it was difficult for the older generation to get on board with the recycling and other green efforts but, when speaking to their families, they are very supportive. “It is something that we make clear to everyone”, she said.

Engaging residents in recycling
Resident engagement is a problem that Community Integrated Care (CIC) believes it has solved. Finding that many recycling guides were inaccessible to working age adults with support needs, it decided to produce its own.

Renata Davies, project lead for its Re-Use and Recycle Project, explained: “Recycling is an important piece of independence, allowing people with support needs to have control of their own lives and giving people a chance to integrate and contribute to their local community.

“Our charity has worked with our experts by experience, our vocational support specialists and leading recycling organisations to produce a recycling guide targeted at people who receive support and their care workers that can be used as a person-centred tool.”

As well as funding the guide, the Merseyside Recycling and Waste Authority Community Fund also awarded CIC a grant to employ a recycling specialist, John Cresswell. Creswell has been supporting its care homes, offices and supported living services to recycle and focus on their environmental sustainability. He has trained a team of people to become environmental champions and has worked with local community groups to deliver education programmes across the Liverpool City Region.

Davies continued: “John has had a long-term mental health condition, so taking part in this project and having the opportunity to gain paid employment in area which he’s so passionate about has been absolutely transformative for him. Not just this, but his work has seen him empower other people with support needs to understand the difference they can make to our planet by taking part in recycling.”

CIC has published the guide online as a free resource for other care providers to help them make this green transition.

Care homes can do simple things to make their homes more energy efficient to save money and the planet at the same time. According to Bristol Energy, by fitting thermostatic radiator valves, ensuring the roof is sufficiently insulated, particularly in older buildings, and switching to LED lights, less energy is used meaning lower bills. It also suggests giving regular meter readings and making sure the home is on the correct tariff to get the best deal.

“If more providers can adopt an environmental approach, it would be amazing”, Westbury added, “but it all comes down to cash.” However, she said despite the initial outlay for the environmentally-friendly measures in the home, long-term savings had been made.

Building bridges with data
Keeping your chin up!