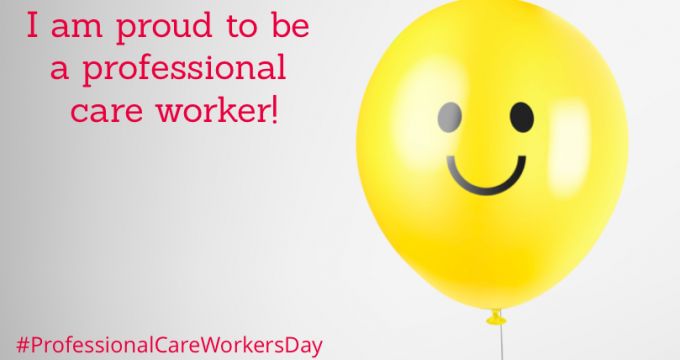 Not ‘just’ a care worker

Around half of care workers feel they are not treated as professionals by their employer and only a third feel their job is respected by the wider public, according to research published in September from the National Association of Care and Support Workers (NACAS).

This found the majority of comments relating to employers were negative with the issue of respect and low pay frequently being raised. However, it was the poor treatment by the individuals being cared for and their families that raised the most comments on the subject of professionalism with many workers saying they were treated as a “maid” or “cleaner”.

Some care workers raised the issue of not being respected by NHS staff such as nurses and felt frustrated that their knowledge was not always acknowledged or listened to.

Another problem raised was that many people outside the profession do not have an accurate understanding of what the role entails.

So what can be done to ensure the people looking after the most vulnerable members of society are treated as professionals and with the respect they deserve?

Chief executive of Skills for Care Sharon Allen said her organisation regularly spoke to Department for Health and Social Care (DHSC) ministers and officials about this issue and they understand that there is a problem around care workers being treated as professionals.

She said: “People conflate low pay with low skills. It is not fair that we are asking them to do a highly skilled job for minimum wage or thereabouts.”

Years ago it may have been a low skilled job in some cases, she said, but now it involves caring for people with multiple conditions, administering complex medications, managing diets etc.

To recognise this Skills for Care set up its Accolades awards to highlight the organisations that are investing in leadership and the workforce, part of which involves sharing best practice. I Care Ambassadors employed by Skills for Care also go into job centres and schools to talk about the benefits of working in care to promote the profession to younger people.

She said it was true that some relatives did not treat carers as professionals. “Some will be dismissive but managers need to do some work with them and the families involved, in a respectful way.

Neil Eastwood, founder of recruitment consultants Sticky People, said that, particularly in homecare, some relatives do treat staff as cleaners and are more likely to complain these days. And when clients become disrespectful and, in some cases, racist towards care workers, providers are in an awkward position. Some will challenge them, but often the employee is moved to a different client. Thankfully, though, due to the shortage of workers, relatives  and clients are now becoming a bit more grateful.

Lack of respect for care workers is also an issue within the NHS, Allen says: “it is a big problem and we see it at all levels. But to dismiss their level of expertise is frankly ridiculous. There should be more focus on the person they are caring for than what organisation they are from.”

Eastwood argued that the registration of care workers, similar to that of nurses or doctors, could be a solution. However, it would be expensive and could be harmful to recruitment levels, particularly among older workers who don’t have qualifications. “Registration is something that providers cannot deliver but Government can”, he said.

He said the DHSC recruitment campaign, due to be launched at the beginning of next year, is not going to make a long-term impact. To compare, he said the Army spends around £10 million a year to promote itself as an attractive profession and the DHSC is spending around £1m on a one-off campaign.

But there are small things that employers can do to make their staff feel valued and appreciated, according to Eastwood. “I would say simple things like sending a welcome card when they get the job and the boss should greet them on their first day. Christmas parties and Christmas awards are also things that are effective.

“It would impact most on retention as the reason why care workers stay is because of the people they care for rather than their employer.”

Allen added: “There is still a long way to go and I would encourage people in social care to stand up for themselves and be more confident. Don’t say ‘I’m just a care worker’, say I am a care worker’.

9 responses to “Not ‘just’ a care worker”